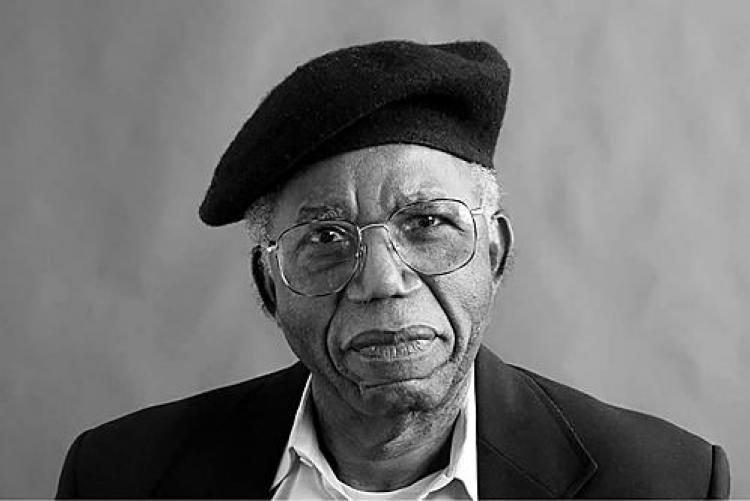 Since inception, the University of Nairobi has invited some of the finest intellectuals in the world to give distinguished public lectures to students, faculty and members of the public at the historic Taifa hall. One such lecture was by the legendary Nigerian novelist Chinua Achebe 30 years ago.

Writing in the Saturday Nation of April 26, 2014, Prof. Henry Indangasi who in 1988 was Chairman of the department of literature recalls Chinua Achebe’s visit. “When he paid me a courtesy call, Achebe struck me as singularly warm, friendly and unpretentious.”

“It was a pleaseant surprise to meet a man nay, a Nigerian who turned out to be so charming and so personable, he made me feel we had been friends all along. I had gone through school reading his books, and here he was, flesh and blood, talking to me like a long lost brother. The experience was unforgettable.” Writes Prof. Ingangasi.

“I walked him to Taifa Hall, where a large audience was had gathered to listen to the celebrated writer. And as we were entering the hall, I couldn’t help noticing that there were as many people inside as there were outside. A banker friend of mine who had never before given me the impression he cared about literature rang me later and told me he stood outside.  The only other time I saw such a crowd was when Senator Barack Obama spoke at the same venue in 2006.”

Chinua Achebe’s theme of the lecture at Taifa Hall and later on across the country was on the language of African Literature.

Barack Muluka, former Organising Secretary of the UoN alumni who was highly involved in organizing for Chinua Achebe’s visit to Kenya in his article Chinua Achebe: Killing the Icon? Notes, “Two themes recurred during Achebe’s lectures, first was the poet and the emperor, second the beautifully packaged poisons. The emperor was the African strongman, the poet the philosopher. Why was the emperor uneasy with the poet? Rather than dialogue with him, the emperor incarcerated him or, alternatively, exiled him. This was a daring subject to address at the apogee of Kanu’s dictatorship. It was the year of the infamous Mulolongo elections in Kenya. University dons languished in detention, or exile. Meanwhile “Scholars for Kanu” were in ascendancy.”